By Charlotte 5 May 2015 Carrowmena Adventures No Comments
1

Carrowmena Adventure Team does The ‘Belfast City Marathon‘ 4th May 2015

Well guys, this weekend the Carrowmena Crew were on the road again, but this time instead of clambering up the side of great mountains we were pounding the streets of Belfast. 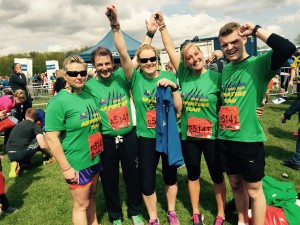 The ‘Carrowmena Crew’ don’t like to stand still and are always up for a challenge, and what better way to spend the bank holiday Monday (apart from Glamping & taking part in activities at Carrowmena of course) than to run this great event in aid of Marie Curie Cancer Care.

The Carrowmena Team relay team were numbered 5141 and consisted of Garret, Michelle, Lottie, Paula and Willis with a support crew of Christa & G.

The Carrowmena Team where on the road early from Limavady, with the Carrowmena Camper on the go at 5.30am! At 7am the crew assembled at the Odyssey and a plan was produced by Lottie. 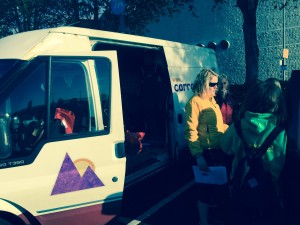 The first leg of 6.2 miles from City Hall to Bridge End would be ran by Garret, Michelle would then take up the pace and run the second leg of 3.4 miles from Bridge End to Hillview Road. Here Lottie would stretch her legs and cover the 7.1 miles to Gideons Green (she organised so took the longest & hardest leg) where the ever ready bunny Paula would be waiting to cover the next 4.6 miles. Then it would be over to our secret weapon Willis to blast to the finish from Corporation Street and bestow the glory onto ‘Team Carrowmena’. 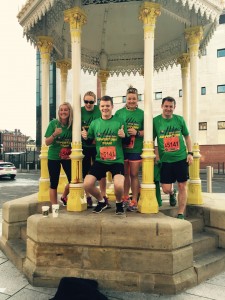 The race started at 9am and before we knew it Garret had finished his leg coming in before the 4 hour pacer, Michelle as eager as ever was off like a shoot (once they found each) as Lottie was waiting she saw Michelle & was off like a bat out of hell, 61 minutes later Lottie sent Paula on her way. With her confidence growing with every step, Paula met Willis at Corporation Street.

After a quick selfie & a check of his hair, Willis was away. 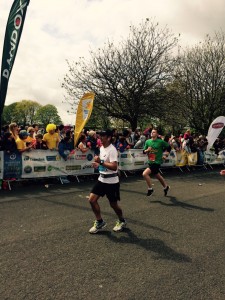 Look at this man fly… 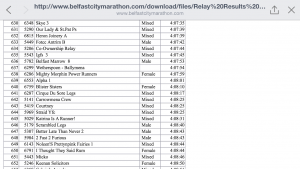 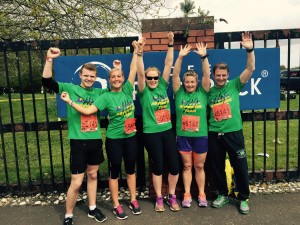 After all that excitement, the team then headed for The Kitchen Bar and restaurant for some well earned grub and refreshments.

This place is awesome guys and the staff are some of the best in the business, be sure to go here when your next in “The Big Smoke”. 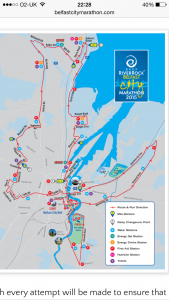 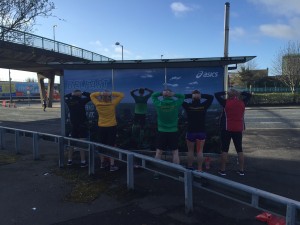 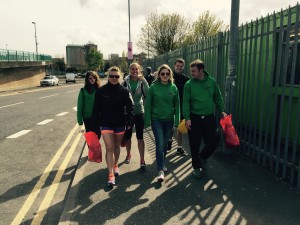 All done & dusted for another year, what next?

Check out our Facebook page with more pics & info

Carrowmena Activity Centre, is a unique outdoor centre offering a range of action based @Activities @Glamping @Camping @Residential for all ages.

⬇️ September Availability ⬇️
We will have have 6 x pods and 4 x Luxury Bell Tents bookable and our upgraded Carrowmena Deluxe Bell Tent (x1 only).

Book your staycation of 2020 before it’s too late.. Family memories are the best kind of memories.
Our beautiful scenery is priceless.
Loads to do in the area, we have a play area, football nets, table tennis, boules, maize maze, there’s local walks in Myroe and Limavady, Benone beach (15mins), Portrush/Portstewart (40mins) away.

Visit the north coast and causeway coast and glens this summer.